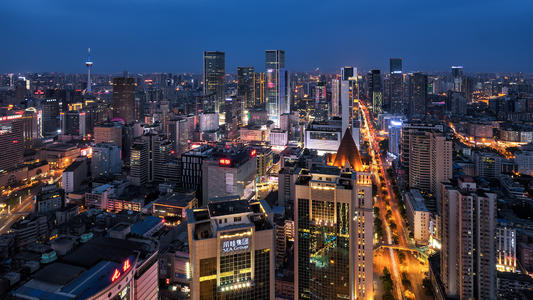 Chengdu is endowed with rich natural resources and enjoys pleasant temperature all year round. As it is free from flood, drought and famine, Chengdu has been reputed as the "Land of Abundance".

According to written history, the construction of Chengdu stayed as early as over 2,300 years ago. It is a city whose name has never been changed and which has never been relocated throughout history. According to history, Chengdu (literally, becoming a city) was named because "it grew into a settlement after one year's development, a county after two years' development and a city after three years' development." This city has nourished splendid culture in its over 2,000 years' development course. Chengdu, the Land of Abundance, has nourished splendid and time-honored culture in its development course of over 2,000 years. It has long been a charming city. For instance, Chengdu is described by Li Bai(one of the celebrated poets in Tang Dynasty known as Poet Immortal), as a "pleasant city", which can be indicated from his line: "Chengdu, a paradise-like and beautiful place, is home to thousands of households." Marco Polo once defined it as a "prosperous city" which made people linger on with no thought of leaving. Chengdu is a city of entrepreneurship, where the earliest currency, Jiaozi, was issued. It is also the starting point of the Southern Silk Road, reaching out to the world through Shu Brocade.

Today's Chengdu, apart from its unique historic and cultural charm, begins to project an air of magnificence as a major city in China. Chengdu now serves as the economic center, the science and technology harbor, the international exchange center, the cultural innovation city and the transportation hub of western China... key priorities given by the central government help Chengdu improve her overall quality in a stable and constant way. On top of that, this City of Gastronomy, known for its tasty and spicy food, is attracting foodies from all over the world. Being the habitat of giant pandas proves its sound ecological environment. The economic growth pace of Chengdu is higher than national average by 1.4 percentage points, making it the "fourth pole" of economic development in mainland China. You will have much to learn about the history of this charming Land of Abundance; you are more than welcomed to witness the future of beautiful Chengdu.